Koh Tao is a fairly recently inhabited island with the first group of people migrating here in 1947 and others arriving mostly from Koh Phangan. The registered population is 2,240 people, but the amount of people that actually live here is around 8,000.

Koh Tao is a second home for many non-local Thais and foreigners from around the world with most people coming from Asia and Europe. The majority of people here are from southern Thailand and so use the local southern dialect. Most of the population reside in the three villages of Mae Haad, Sairee and Chalok Baan Kao.

Two unique characteristics which are found in Thai people are ‘consideration’ and ‘hospitality’. Consideration means to think of another’s feelings and to avoid offending. Hospitality is part of the nature of Thai people who are also friendly, generous and love to help others. Thais are naturally good hosts and at mealtimes will always invite friends or guests that visit or pass by to join them in a meal together.

The Thai people on Koh Tao are nice, easy going and friendly. Many people who have settled on Koh Tao have left the busy world behind to enjoy a more simple life and are very happy to be here. 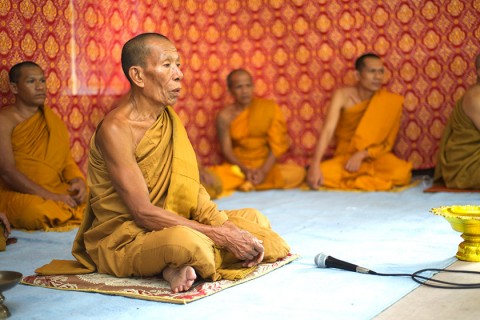 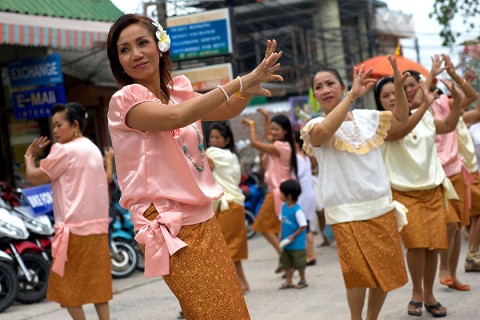 95% of Thailand’s population are Buddhist with 4% Muslim and 1% being of other faiths. The foundation of Buddhism is a principle which aims to extinguish ‘Dukkha’ (suffering and imperfection) by truly knowing and seeing clearly that there is no self, egoism and nothing be- longing to ‘a self’. Nothing whatsoever should be clung to, there is merely the body and the mind which are nothing but natural processes.

Buddhism also follows the logic that one can gain and have thorough knowledge by oneself without having to follow others. Buddhists go to temple to ‘make merit’ every full and new moon. In the mornings, along the main roads, it is a common sight to see monks receiving alms from the Thai community.

Places of Worship on Koh Tao

His Majesty the King Chulalongkorn rama v (20th September 1853 – 23rd october 1910) was one of the greatest and most beloved kings of Thailand. He preserved Thailand’s sovereignty and independence during western colonialism, totally reformed the government and brought the nation together to bring Thailand, formerly known as Siam, into the modern world.

Located on the main road, 300 metres north of Mae Haad town, Wat Koh Jaroen Santi Dharma, as it is officially known, is where people come to make merit, listen to a sermon, or hold a funeral. The temple is also a centre for the local community and is used for meetings and seminars.

Local inhabitants here revere and worship two rock spirits called Hin Taa Toh and Hin Yaai Mae believing them to be gods who will protect them from natural disasters and bad luck especially when travelling by sea. This spirit house is a place for people to show their respects and worship these rock spirits. 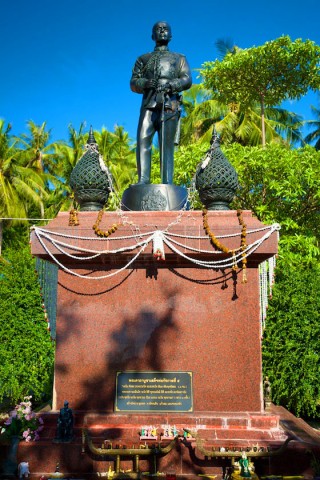