This is held on the day of the full moon of the third lunar month which usually falls in February. The day commemorates the time that 1,250 Buddhist saints happened to come unannounced, and coincidently at the same time, to see the Buddha. Here, he gave them the Principles of Buddhism: not to commit sin; to do only good; to purify one’s mind.

This is held on the day of the full moon of the sixth lunar month which is in May or June. This celebrates the birth, enlightenment and passing away of the Buddha.

Held on the day of the full moon of the eighth lunar, in July, and remembers the Buddha’s first sermon after attaining his enlightenment. The day Buddhism was announced to the world.

On these 3 days, the Buddhists go to temple to make merit and listen to a sermon. In the evening, they will walk around the chapel holding flowers and a lighted candle for a procession called ‘wian tian’.

This is the day after Asanha Bucha and marks the Buddhist Lent or Rains Retreat. Monks remain inside the temple for three months during the rainy season from July to october. 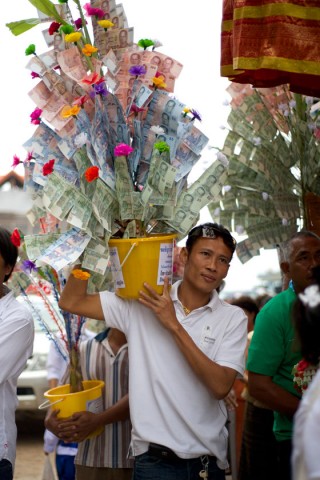 The end of Buddhist Lent, held on the day of the full moon of the eleventh lunar month which falls in october. In southern Thailand, the next day after celebrating Ok Phansa, is the Chak Phra Festival where there is a procession of Buddha images carried on cars and boats.

Celebrated on the 13th – 15th April each year and marks a time of cleansing and renewal with water. It is symbolizes washing all the ‘bad’ away, to start anew. The 13th is the Thai traditional new year, where everyone can join in the throwing of water along the main roads. 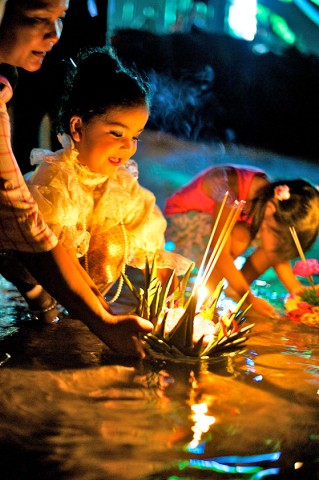 On the full moon of the twelfth lunar month, in November, this festival celebrates the releasing of misfortune. ‘Loi Kratong’ means to float a ‘kratong’, an object decorated like a lotus bloom which is laid on the water to be carried away, thereby symbolically taking away any bad luck. Respects are also paid to the spirit of the waters. The festival with live stage performances is held in the evening at the main pier in Mae Haad.

Koh Tao’s own annual festival to celebrate and focus on Koh Tao’s environmental and conservation efforts. Held on June 18-19, (the dates aren’t always fixed) the festival goes on for 2 days and 2 nights. There’s usually lots going on, with beach and underwater clean-ups, turtle releases, conservation information booths and live performances on stage. 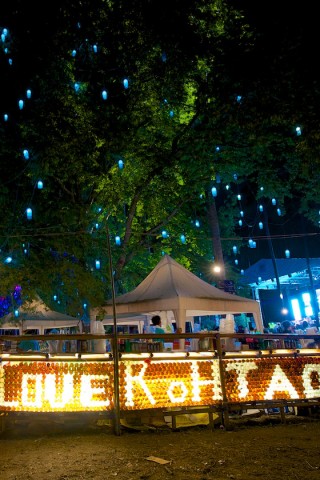